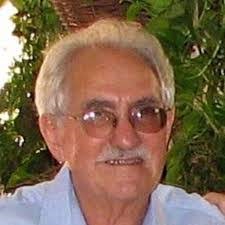 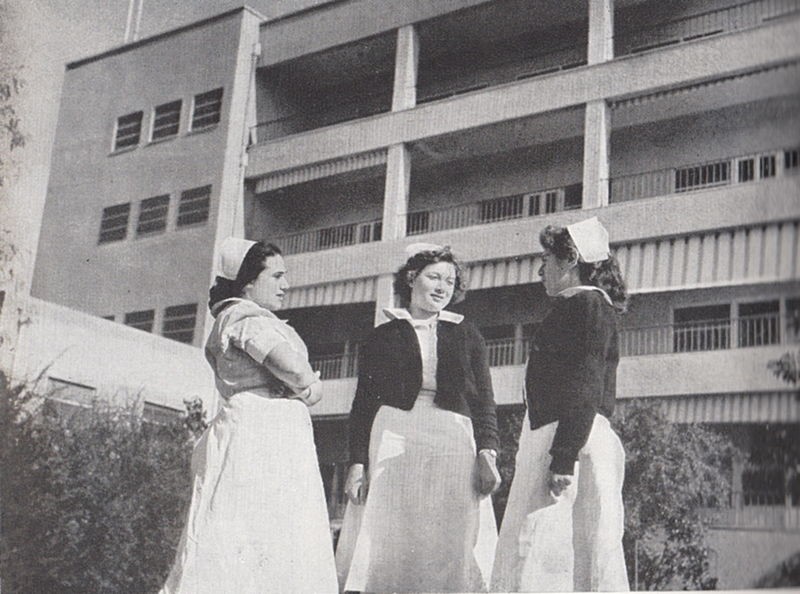 Beilinson Hospital (seen above in about 1950) was established in 1936 in Petah Tikva by the Federation of Trade Unions. Following the war of independence, it was one of the leading hospitals in the coastal plain. Of personal interest, it was one of the first hospitals to establish a dialysis unit, and in 1964 the first living donor kidney transplant in Israel was performed there. The hospital expanded rapidly to become one of the leading hospitals in Israel. In the 1960's together with the leaders of Tel Hashomer, a medical faculty was established at the Tel Aviv University. In 1996, the Rabin Medical Center (pictured below) was established by incorporating the Sharon hospital, which was nearby, with Beilinson. The Medical Center now includes in addition to Beilinson and Hasharon, the Schneider Children's Medical Center of Israel and the Felsenstein Medical Research Center.
In 1977 the Department of Nephrology included a large dialysis (both hemo- and peritoneal dialysis) unit, an out-patient department for the investigation, treatment and follow-up of kidney disease and hypertension, and a clinical and research laboratory. There was also close collaboration with the intensive care unit and the department of urology. 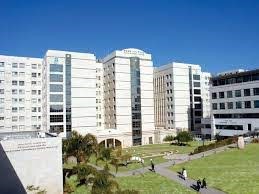 At that time kidney transplantations were performed in Urology. My responsibilities included supervising the work in the dialysis unit and the clinic. In addition, as the department was affiliated with the Faculty of Medicine in Tel Aviv, I had teaching responsibilities both in the pre-clinical and clinical years of the Israeli students, in Hebrew, and to the students in an American off-shore program, in English. Eventually I received the appointment of an Associate Professor. Over the years a Kidney and Pancreas Transplant Department was established at the hospital with a large increase in the number of kidney transplants, reaching two-thirds of all transplants in Israel. These transplanted patients were followed in the Nephrology Clinic. With other members of the department, I took part in several large international clinical trials and conducted research projects. I wrote or co-wrote over 150 medical articles. In 2002, I retired from my hospital and university appointments at the age of 65 years.  When the Faculty of Medicine was established at the Tel Aviv University in 1964 it was agreed that the physicians employed in the affiliated hospitals would not receive an extra salary for their teaching activities, but would receive a small monthly sum and as well as funds to participate in meetings overseas and for sabbaticals, similar to regular faculty members. International meetings and Societies During my 25 years at Beilinson I attended many international meetings and had several sabbaticals: University of Wisconsin (2 months), Stanford University (2 months), Weizmann Institute (10 months), Austin and Repatriation Medical Centre, Melbourne (Melbourne University), Australia (6 months), and Baker Medical Research Institute, Melbourne (Monash University) Australia (6 months). Additional posts I held in Israel included chairman of the Examining Board for Nephrology (5 years), chairman of Israeli Society of Nephrology and Hypertension (3 years), secretary of The Israeli Society of Hypertension (3 years), member of the Council of Israel Transplant and chairman of the Kidney Transplant subcommittee, subject editor of Nephrology, Dialysis, Transplantation (NDT) (6 years), and secretary-general, International Congress of Nephrology, Jerusalem, 1993. In addition to my work in Beilinson, I assisted in the running of the dialysis unit in the Laniado Hospital in Netanya and was instrumental in opening a dialysis unit in the Ma'anayei HaYeshua Hospital in Bnei Brak. After retiring I continued to be active in Israel Transplant up till 2012. I continue to function as the nephrology consultant at the Herzliya Medical Center, a private hospital, originally developed by a group of South Africans. and to have a private consultation clinic for consultations and second opinions in nephrology and hypertension there. In addition, I write medico-legal opinions involving nephrology or hypertension. Throughout the many years, Pam worked full-time and maintained a home. She worked at the IBM branch in Tel Aviv until 1971, when we left for Madison, Wisconsin. There she managed to find work in the computer department of one of the banks. On returning to Israel and moving into our new home, she started to work in the computer department of the American-Israel paper mills in Hadera. She worked there for about 30 years until her retirement in 2002. We have 3 children (2 boys and a girl), all of whom have academic degrees and work in their profession (none became doctors). They are all married and altogether we have 10 grandchildren, all living close to us. Conclusions – Geoff at 83 I consider myself to have been lucky enough to arrive in a relatively small country and to have entered a new specialty in medicine. This allowed me to progress and to contribute to the country. I must say that it has been an exciting 60 years with many historic events in which I was able to participate. 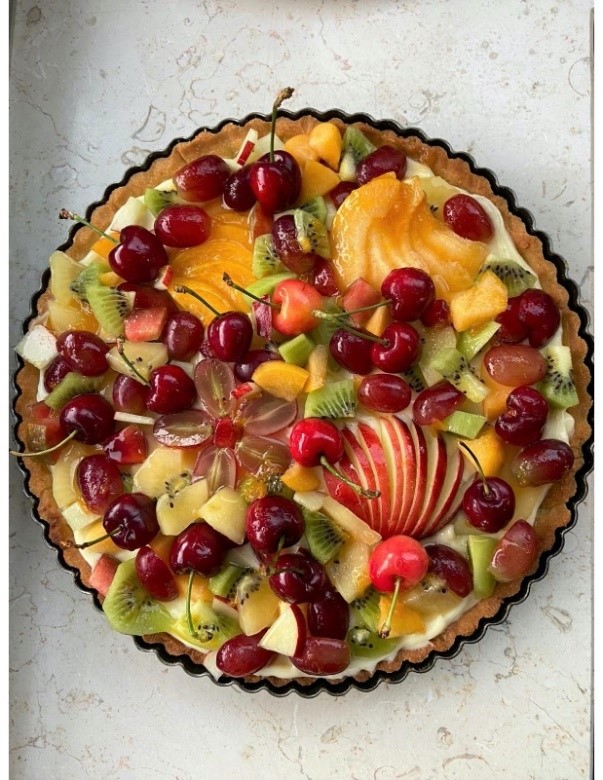 In the picture above we see the beautiful birthday cake that my family made for me and  below us a picture taken on my 83rd Birthday with my wife Pam (née Trapido) and our ten grandchildren. 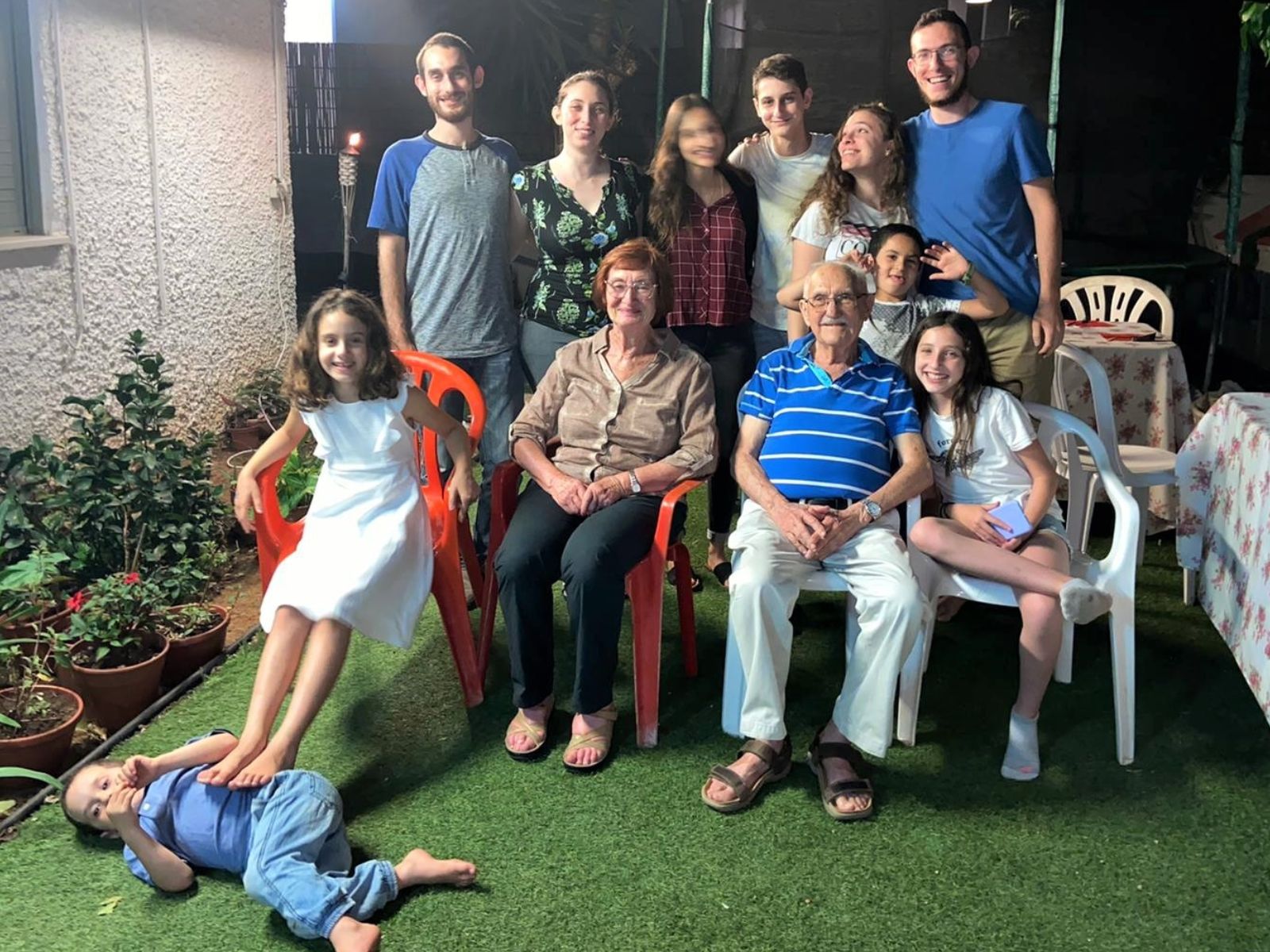 Contributed by Geoffrey Boner MB BCh, Hofit, Israel July 2020 Edited by Geraldine Auerbach, London
Geoffrey Boner describes the Healthcare System in Israel The medical system, which I found on my arrival in Israel at the end of 1960, was completely different to that I had known in South Africa. The population was approximately 2.1 million. Primary care was provided by physicians associated with one or other of the health funds. The largest fund was Kupat Holim Clalit, or General Health Fund. This fund had been established by the Federation of Trade Unions in 1911 and developed a system of clinics providing primary care throughout the country. The other funds were: Leumit or National Health fund, established by the Revisionist party in 1933; Maccabi, established by the World Maccabi movement in 1940; and Meuhedet or United formed by the union of smaller funds in 1974. All these funds provided health care through clinics belonging to each fund, or through physicians who were associated with each fund. Membership of a specific fund was obtained by paying a fee. Each fund had its own conditions for membership, own fees and own spectrum of care. Almost all citizens belonged to one or other fund. There were many hospitals in all areas of the country. Most of the hospitals were government controlled, the government having taken over the hospitals established during the British Mandate in Palestine. The Clalit Health Fund established several hospitals for its members. There were also a small number of hospitals belonging to non-profit organizations. Treatment in hospitals was paid for by the various health funds. Ambulatory specialist care was provided within the hospital setting or within specialist clinics organized by the funds. There was almost no private care for patients. The only medical school was at the Hebrew University in Jerusalem in conjunction with the Hadassah Medical Center. The Sackler Faculty of medicine was established at the Tel Aviv University in 1964. Since then there has been a sharp increase in the population, both as a result of immigration and a high birth-rate amongst all sectors of the population, especially the ultra-orthodox Jews and the Arabs. The population at the end of 2019 was approximately 9.2 million. With the increase in the population and improvement in the economic status of large sections of the population, some people took out private insurance in addition to the traditional form of insurance and this led to the opening of private clinics and hospitals. The National Health Insurance Law was passed and instituted in 1995. According to the law all citizens were required to belong to one of the four active Health Maintenance Organizations (HMO). All employed or self-employed citizens are obliged to contribute to National Insurance. With the passage of the new law the contribution to National Insurance was increased. National Insurance reimburses each HMO, taking into account the number of members, the age distribution of the members, number of members living in the periphery of the country and the number of members with chronic diseases which required special care, e.g. hemodialysis.
Each HMO is obliged by law to provide its members with the medical services, including hospital treatments, at a level decided by the government. The members can be charged a small fee for certain services, such as preparing medications, consultations, and writing certificates. Each HMO is allowed to offer additional insurance to cover second opinions by specialists outside of the HMO's panel, and surgery in a private hospital. Medications are provided according to standards set by the Ministry of Health. Thus, all citizens of Israel have health insurance and are provided with services through their HMO or through private institutions using their additional insurance or private insurance. This has led to an expansion of the private sector. There has also been an increase in the number of medical schools, six at the present, but the total number of students does not equal the number of young people who want to study medicine and many go to overseas medical schools. The number of graduates is not sufficient for the country and today about half the doctors entering the system had studied overseas. Specialization in the various fields of medicine is controlled by the Scientific Council of the Israel Medical Association. There are specific committees for each specialty. The Council is responsible for the specialization curricula and examinations, following which the Ministry of Health recognizes the physicians as specialists. There are also examinations for graduates of foreign medical schools and registration examinations for new immigrants. The system maintains a high standard and is subject to regulation by the Ministry of Health. Unfortunately, due to the rapid increase in population, especially that of new immigrants, there has been a steady decrease in the number of physicians per population, number of hospital beds and related professions such as nurses. The Coronavirus pandemic has shown the importance of the various components of the medical system and it is to be hoped that in the future the government will find the resources to improve the facilities.
You can read more about Healthcare in Israel here: https://en.wikipedia.org/wiki/Healthcare_in_Israel
WitsUSA